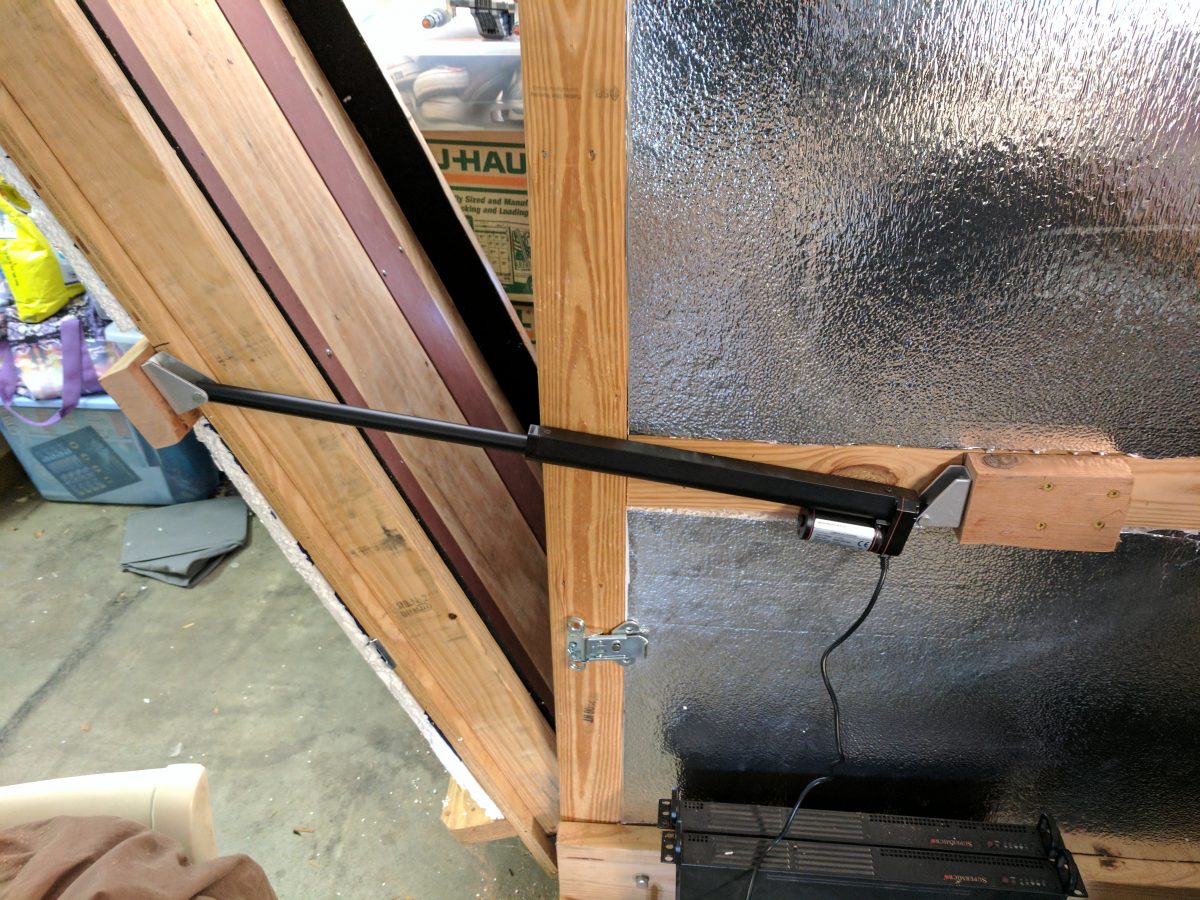 Summer is rolling around which means the setup in the garage is beginning to be put to work again. I’ll cover a bit about what the setup looks like right now, what problems I am having and what I’m planning on doing about it.

The servers live in a cabinet in my garage made out of a shipping container my company got when we ordered a NetApp. Basically its a crate that was made for a server rack so it works pretty great. To keep things cool, I took an AC unit that would normally go in a window, cut a hole in the cabinet and put it in there. This works wonderfully, but running AC 24/7 is a terrible idea, so I would open the door at night and close it on hot days. That’s not very fancy, so I installed a linear actuator, some temperature sensors and a Raspberry Pi and boom, it’s automatic!

So what’s the issue? My garage is almost always much hotter than the air outside. The solution? Not completely sure, but I am starting with ventilation. I ordered a garage vent that has a fan, kind of like what you would have in a bathroom, but supposed to go in the wall. Right now the plan is to have it plugged into a Belkin WeMo plug and figure out a way to turn it on and off automatically based on the same temp sensors used to control the door. If this doesn’t do the trick, I’ll add a passive vent in the side door to help.

The other issue is the door on the crate, that wasn’t meant to live forever, is beginning to fall off the hinges. I believe this has a lot to do with the single actuator holding just the one side, so I’m gonna add a second one on the other side and I’m gonna reinforce the areas where the hinges are held.

Well that’s what is going on currently. I’ll be posting a followup post with pictures once its all cleaned up and looking good.